Working on a project where I needed to get an old piece of equipment going. The hard drive let it boot a few times but then stopped responding. After checking it, there was no head activity. The fix required opening the drive to fix it.

The drive in question is a Quantum Prodrive ELS. I looked online and found people discussing it having problems with the rubber bumpers inside getting sticky over the years and not letting the head move away from the parking position.

In the thread, someone posted details of how they opened it up and what they did to fix it:

I figured "why not" because it was not working in the current state, the worst I could do was make it more dead.

I cracked open the lid of the drive and verified that the head would move if I gave it a nudge while the drive was spinning.

After confirming that it was still alive, I carefully removed the upper magnet assembly from the coil so I could get to the rubber bumper. I expected it to be soft but the rubber had turned into the consistency of nutella in the 26 years since manufacture. Gross.

I wiped all of the goop off of the pin and there was not a single solid piece to it. 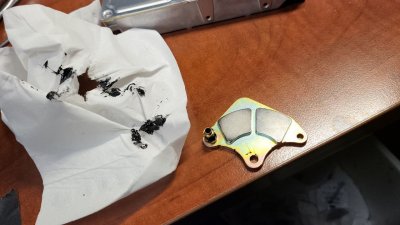 I did not have a rubber washer to replace it with so I managed to find some hose that was almost the right size. I cut a small section of it then cut the side so I could slip it over the pin. It was not quite the right diameter so I then wrapped a couple passes of gaff tape around it to bring it to approximately the right diameter. 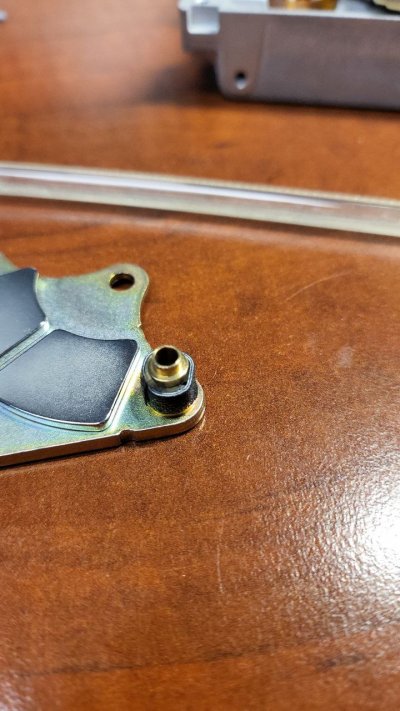 I also had to add a small bumper on the opposite side as suggested in the forum post up above. After reassembling it, the drive is still alive and functions again! Definitely one of the scariest hacks I've had to do. I didnt so much as breathe near the open drive.