Engraved pockets into engraving plastic and then filled it in with Enamel paints.

My first big project after building my small Laser/CNC machine was to make some gifts for a couple of Furry friends of mine that I was going to go visit.

I started by doing a couple small paint tests to see how filled in enamel paint would look: 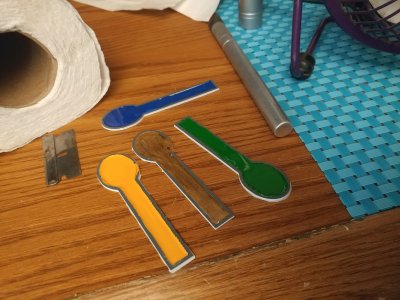 I started by taking some of their art: 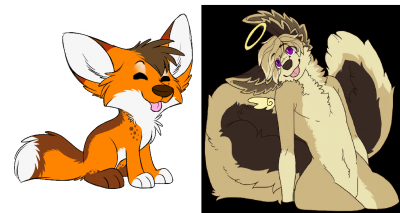 Converting it to vectors:

Then using the rotary engraving head for my machine to cut it into aluminium: 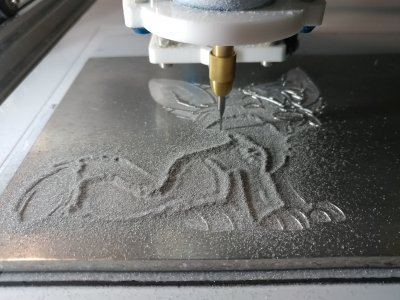 Unfortunately the elekslaser A3 frame is just not rigid enough for this so I ended up breaking a few bits. I did manage to get one mostly engraved without it destroying itself, but I was unable to actually cut it out on this machine. 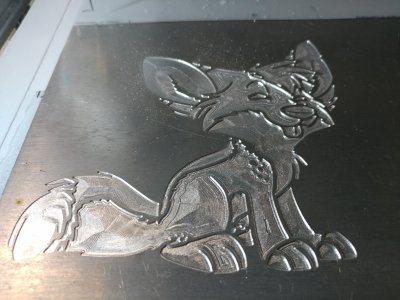 After a few more attempts I gave up on making them out of metal and instead turned to Rowmark engraving plastic. I use this at work so I am pretty familiar with it.

I had much more success with this and was able to get them cut out in a couple days. It took about 48 hours to engrave each one because the machine is not meant for rotary engraving and was flimsy so I had to take it very slow. 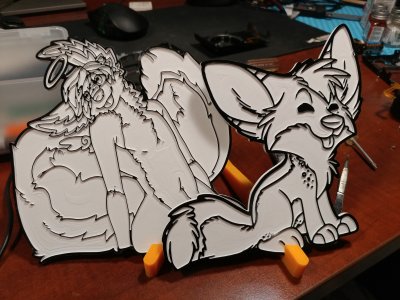 Next up was finding enamel paint colors close to the original artwork. I used Testors paints because I could get them locally. It took me 3 different craft stores to get everything I needed 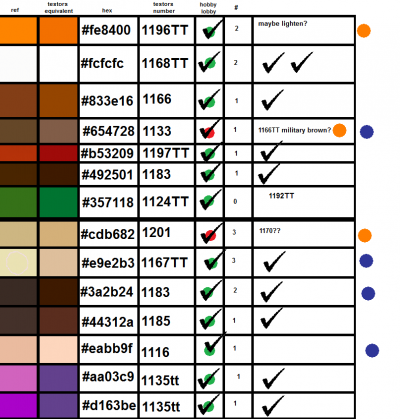 Filling in the paint ended up being very tedious. I ended up having to do two coats to hide the cnc bit lines completely. The paint ended up spilling onto the top even though I tried to prevent it. I had to carefully scrape it off with some extra pieces of plastic. 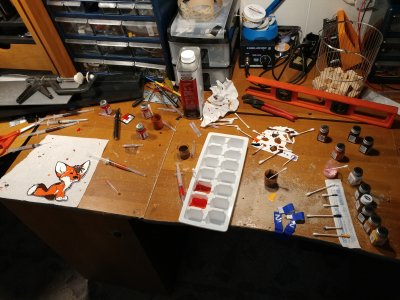 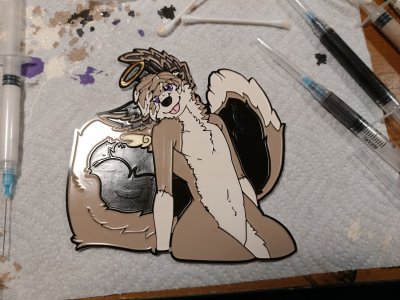 After about a week of working in the evenings after work, I finally had two really good looking pieces! 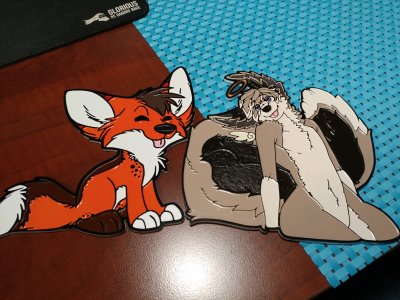 I considered taking commissions for these but it would have required working with an artist to get clean lined art, plus I learned that mixing paint isnt as simple as I had thought. There were a few colors I had to mix and it took me many attempts.

While I was painting these I engraved a few of one of my characters to send to a couple of my favorite artists and friends. 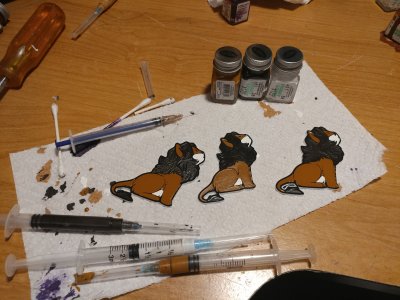 One of them ended up too full of paint and when scraping the surface clean I knicked the surface of the paint. I decided to try sanding it down to see how that would look since it would give a flush and flat surface to it: 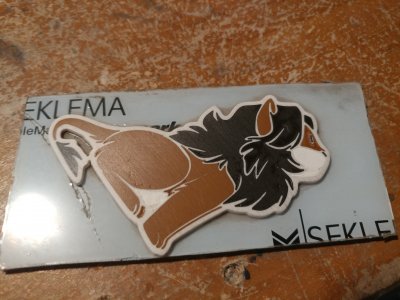 I'm still not sure how I feel about the look of this.

In the end it was a fun project, my friends absolutely loved these and I learned a few things in the process. I don't think I will do these again (or maybe not this big anyway) because it really does take a LOT of work. I might try a metal one again if I get a better CNC machine some day.