I bought an EleksLaser A3 tabletop laser cutter because I wanted to learn how to laser engrave on things. 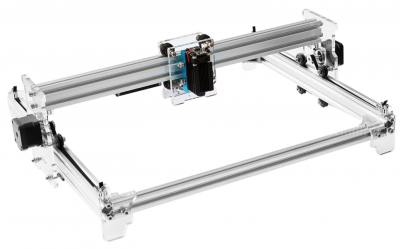 I also picked up the Z axis for the EleksMill because I would be able to mount it onto the frame of the laser engraver so that I could use Z for focus and attach a rotary spindle for rotary engraving materials. 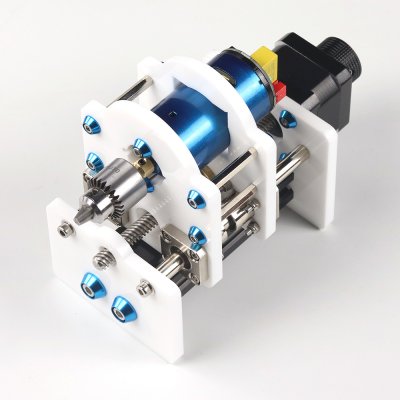 The Eleksmaker software was alright but I found it a bit annoying to use. I also wanted a physical control interface for use with my laser/mill so that I could jog it and home the axes without needing to use the PC.

I decided to switch the machine to be controlled by a smoothieboard instead of the arduino based one it came with. I also wanted to add some safety interlocking for the laser and ventilation. I built an enclosure for the laser cutter and fitted it with a protective window, limit switches, and vent hose connections.

For the control box I used an enclosure and wire ducting that I got from my work where I build industrial control panels. I 3d printed some mounts for the smoothie board to make it din rail mountable. 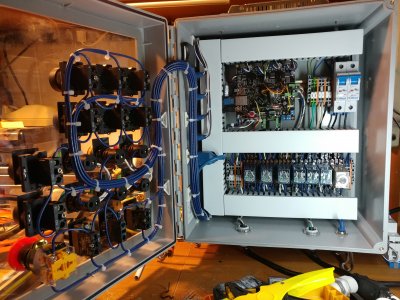 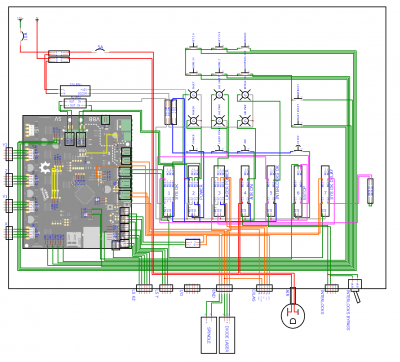 The box has a few nice features: 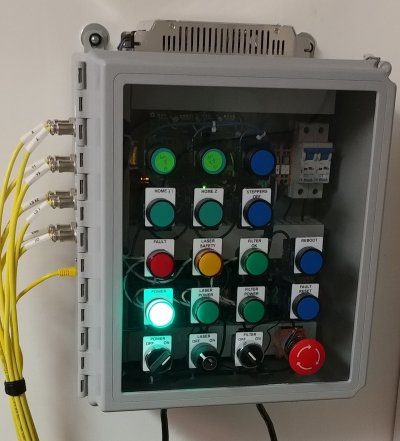 The cables were passed through to the outside using GX16-8 bulkheads.

The one downside of this control box being so cramped was that the power supply has to live on top of it where it is unprotected.

Overall this control box worked okay, but I had a few issues with the smoothieboard where I ended up frying some of the I/O pins on it. The cheap laser module that came with the elekslaser put out some pretty nasty voltage spikes on the signal line whenever the preview button on the module was pressed. I ended up needing to use one of the FETs to drive the signal pin so that it would protect the MCU on the smoothie.